Music Interview with Howling at the Earth 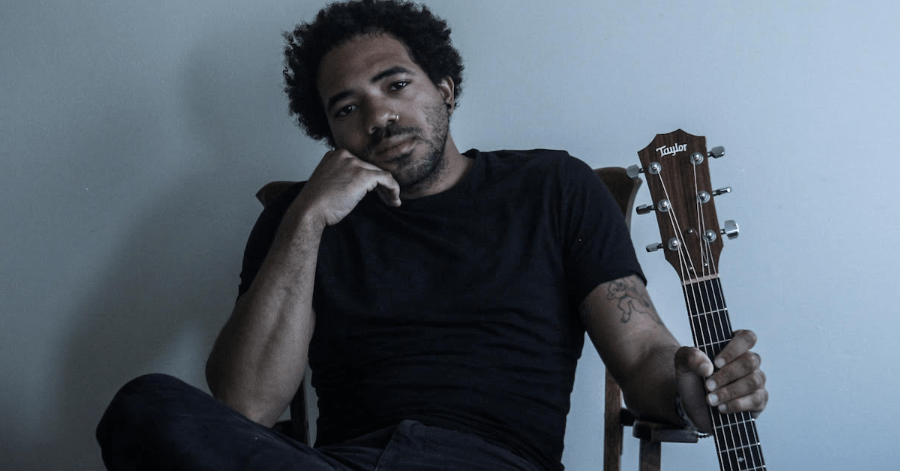 UP: What is up?! We’re glad you are with us today and doing this interview. We heard your latest single called “Howling at the Earth” and we thought, we gotta have this guy come through to UP. So welcome to the family. Moving on! Tell us about your music and how you got started. What is your story?

Wayne: Hi! Thanks for having me! I appreciate what you’re doing, taking smaller artists and giving them more of a voice. I started playing guitar when I was 10 years old because of an anime called “Fooly Cooley” (FLCL). It was this weird coming-of-age story about a boy with robots and such coming out of his head and people using guitars and such as weapons. Somewhere in my 10-year-old boy’s mind, this all made sense to me. The show feels like an ADHD fever dream but somewhere through the chaos and madness was a familiarity that resonated with me, maybe because I have been learning how to cope and live with ADHD and the chaos and madness of everyday mundane life. Even though so much is going on in the show, music was a very intricate part of it and the soundtrack done by the Pillows brought it all together. This initially got me into music but once I started it was kind of like it completely manifested itself into my life. It was the first thing that I ever truly felt pride in myself for and I just kept improving which made me want to keep doing it. I got my first residency at a local café in my hometown when I was 16 and that allowed me to really start to find and identify myself as a full-time musician and what that means.

UP: Listening to your newest single and entire EP titled “Second Wave” you have a great sound that we enjoy. What genre do you think you fall into and what were your influences and inspirations for this new EP?

Wayne: Howling at the Earth is like the journal of my life and my musical journey so it’s been a little hard for me to nail down a genre because I hear different sounds in different life events and how I interpret them, but I think a lot of my songs could fit into the alternative indie rock category. For “Second Wave” in particular I was listening to Tiny Moving Parts, Coheed and Cambria, The Pillows, and Movements. I think you can hear a little bit of all of those bands in these songs.

UP: Going back to your single titled Gaslight, can you tell us what the song is about? And how did you come about writing this particular song?

Wayne: Gas Light started with the main riff you hear in the intro. I had a few ideas and guitar riffs recorded at this time but didn’t decide I was going to release an EP until I had the bones of this song finished. During the height of the Covid-19 pandemic when we were all quarantined inside, it gave me a lot of time to not only self-reflect but digest my self-reflections and my interactions with people and how their, and my actions intertwined, so when it came to writing lyrics I had plenty to say but it didn’t all come together for this particular song until a friend of mine came to me about a fight they recently had with their partner where they felt they were being gaslit. When you gaslight someone you make them doubt their judgment about certain scenarios, so when other similar circumstances occur they can completely avoid all responsibility that said event ever happened. Hearing their experience made me reflect on my own experience with people in my life that made me doubt certain events or even my capabilities to do certain tasks that somewhere in me I knew didn’t add up. So I chose lyrics to reflect my autonomy as a person and a musician, especially during a time when everything was so uncertain, above all else I needed to regain belief in myself.

UP: What are your thoughts about this new music strategy where artists write new music and release a single every 2-4 weeks on Spotify? Can you see yourself doing something like this? Or are you just into releasing an EP/ALBUM every 6 months to a year? Tell us your thoughts.

Wayne: I think it depends on the release strategy. If you’re releasing an album with a compilation of songs that have no real connection to each other, then releasing them in an episodic way to showcase each song independently is totally acceptable. I also think there’s something to be said for concept albums too. One of my favorite bands is Coheed and Cambria and just about every album is one big story. Recently I completely caught up with the story to date and then I listened to the album that corresponds with the story in its entirety and it was a completely different listening experience. For artists trying to gain traction and stay relevant releasing singles rather than albums is a good way to stay relevant but I also think doing so strictly to stay relevant and not for the sake of giving something you worked hard on and believe in the attention it deserves can do your work more harm than good. I think both strategies can be effective but it depends on what the overall message is.

UP: Where do you think your music will take you in the future?

Wayne: Music has taken me places I never thought I would ever be, but has also helped me grow and adapt, so I know where ever I end up I’m probably not going to see it coming, but I hope it brings me to like-minded people and closer to some form of peace with the occasional curve ball here and there to keep it interesting.

UP: We like to throw a random question at the end! What’s your favorite food and what song on your playlist would pair well with this particular food?

Wayne: I love Indian food! Lately, I’ve been ordering the Saag Paneer. Hmmm if I had to choose a song that would go with that, off the top of my head it would have to be Evagria the Faithful by Coheed and Cambria

UP: Lastly, what’s the best place to check out your music and learn more about Howling at the Earth?

Wayne: All of my music is on Spotify and Apple Music, and most streaming services in general under Howling at the Earth. You can check out my website at howlingearthmusic.com and I’m pretty active on Instagram and most other social media at @howlingattheearth.