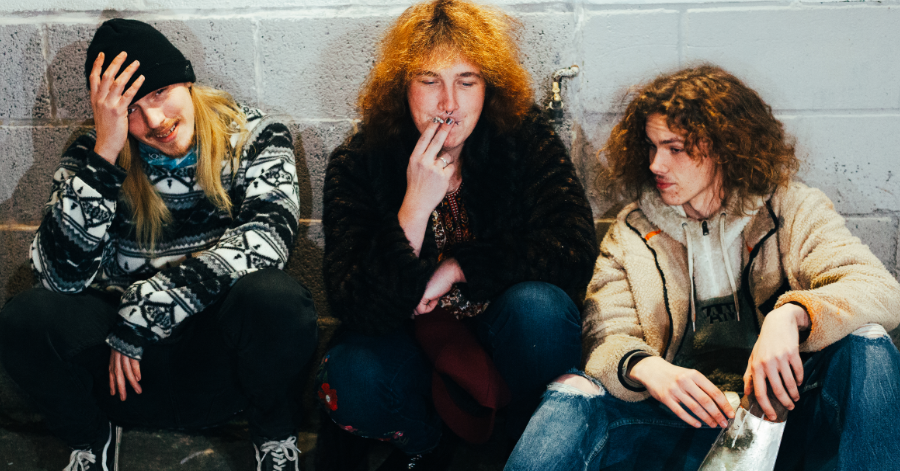 UP: How’s it going? Welcome to the UP fam! Happy to have you with us today. Let’s start off with getting to know you better. Tell us a bit about the band. Where are you guys from? What are the band mate names? How long have you guys been together? And what is your music all about? What’s the meaning behind the band name, if any?

Dirty Modal Souls: Yeah it’s going good thanks. Well, we’re Dirty Modal Souls, a 3 piece Brit-Grunge band from Medway. We got Bex “the Beatle” Howarth on bass and backing, El Beau Williams on drums and backing
And Jethro Scott on guitar and lead vocals. We’ve been playing for almost 3 years now and only about 7 months with El Beau. The music’s music man, just wanted to write tunes that the people can sing along or move to, trying to spread peace and love by being an outlet for some anger y’know? The name is a combination of our individual styles,
Jethro is a filthy grunger. Bex is a theory wizard. Our first drummer daisy was a Motown, funk, and soul fan Hence Dirty Modal Souls.

UP: Every song has a story. Can you tell us more about your latest single “What The Word?”? This song is killer, it reminds us of Nirvana.

Dirty Modal Souls: We recorded this at the Albion rooms which is the Libertines studio in Margate with our friend Jason Stafford as our producer, we recorded 4 songs in total, but only planned to do 3. While Jason was out we just started jamming. By the time Jason walked back in we’d just finished writing this new track, as he’s walking past us he says “ah man, that sounds pretty tight, let’s record that!” And that’s it, man, we used a handful of lyrics I’d been playing around with and wrote the rest on the spot.

UP: What other releases do you have and which songs do you recommend for new listeners?

Dirty Modal Souls: We’ve got 3 more planned, but we’ll keep them a surprise for now, but if you thought “what’s the word?” Is killer then you’re gonna love what’s coming next.

UP: Tell us about a time the band ran into some troublesome experiences either at a show, on the road, or even in the studio and how did you get through it?

Dirty Modal Souls: Troubles what you make it y’know? We just roll with the punches. If there’s a problem we’ll solve it and if we don’t we don’t. Is what it is.

UP: Does the band have any rituals or “things you do” to get into the flow of creating music? And where do you guys jam out to write some songs?

Dirty Modal Souls: Usually I write the songs at home, I’ll then go to Bex and we’ll edit it together, then take it to practice and let El Beau work their magic with the beats. Nothing crazy y’know.

UP: Random question time! What would you do or say to someone who was tailgating you for some time on the road?

UP: Lastly, what’s the best place to check out your music and learn more about Dirty Modal Souls?

Dirty Modal Souls: At a gig, come down and get messy with us, love meeting new people, if we’re too far, tell us where you are and we’ll be there for sure!